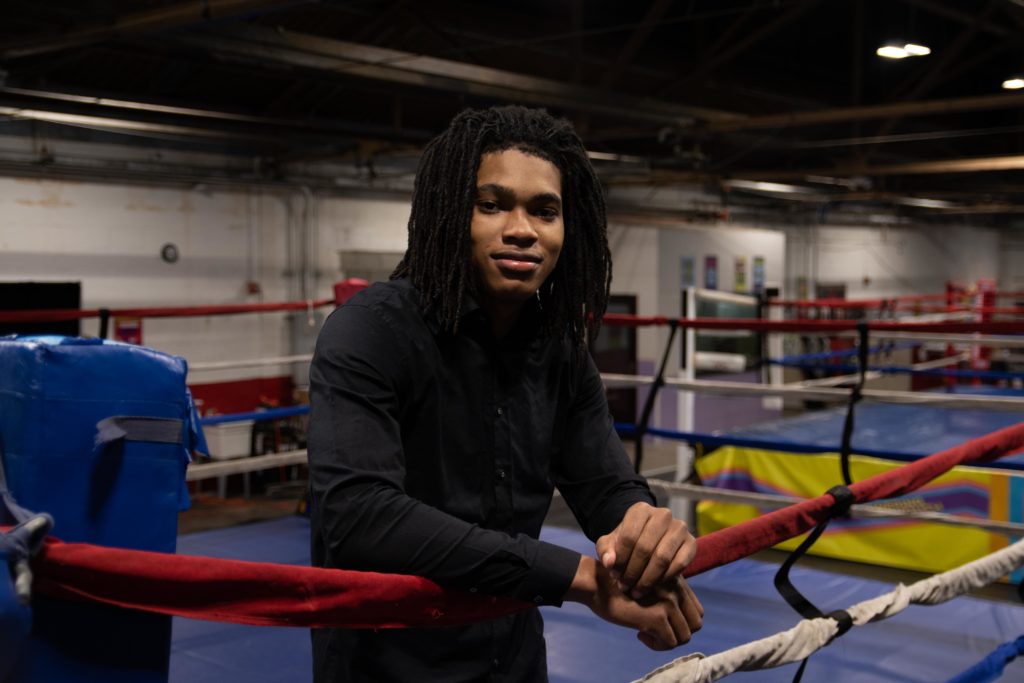 Kamarion is another member of the DBG class of 2021 graduating from De La Salle Collegiate High School in Warren. He has been attending DBG since 2015 along with his twin brother, Omarion. It was Omarion who first expressed an interest in learning to box, and Kamarion went along for the ride. Today, Kamarion says some of his best memories were made while boxing. He is one of the newest members of the DBG coaching staff, serving as a role model and helping to train younger students.

“When I first started at the Downtown Boxing Gym, I was in a bad place. I had just lost my father and I was struggling,” Kamarion shared. “But when I started boxing it gave me the discipline I needed in my life that really transformed me into the man I am today.”

At first, boxing was a challenge, but Kamarion went far. He was hitting the bag by himself one day when Coach Tone came over with a pair of boxing gloves.

“We did power work for ten minutes and he said, ‘If you give me three months of hard work, I’ll buy you a passbook. A passbook is what you need to compete, and I gave him three months and got in shape.”

All of that training and hard work paid off. Kamarion had a knockout 35 seconds into his first fight. He made it to nationals in his first year of youth boxing. In 2017, he won a belt in Missouri and was named Ringside world champion. He also excelled in other sports and played football on the varsity team. 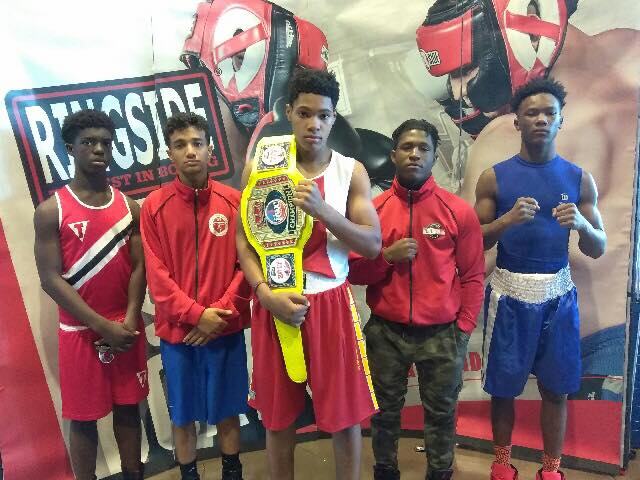 “Never quit – no matter what,” he says. “No matter how hard it is, just bear with the pain and just keep going, because even though it’s dark, it’s going to get light eventually.”

“Khali helped me keep my head on all the time. He would pull us aside and have little talks with us,” Kamarion says. “He taught us that even being young, we can have an influence on the world. I’ve taken his advice, and I’m doing really well.”

As a member of the Class of 2021, Kamarion sees the world much differently now than when he started at DBG. After graduation, he plans to enlist in the military where he intends to to sustain the discipline that’s become part of his life.

In 2019, Kamarion was among a group of students who traveled with Khali to New York City to be featured in a global Tommy Hilfiger ad. When they returned home, he was interviewed by Fox 2 News. Click below to watch the report.

DBG has left Kamarion with a whole new outlook. He says each member of the team made an impact on his life in different ways.

“I just want to thank everyone here who’s helped me throughout the years. Thank you Coach Khali for always investing in me and always being the person to check on me to make sure I’m good. I’d like to thank Coach Tone for coaching me and always helping me, my mom, and my family, and helping me to stay on the right track. Miss Kristin has been there since I was yay high; Miss Kristin has been there for me for so long. My success will be the thing that I give back to you.”

On behalf of all of us at DBG, congratulations Kamarion, and the entire Class of 2021.