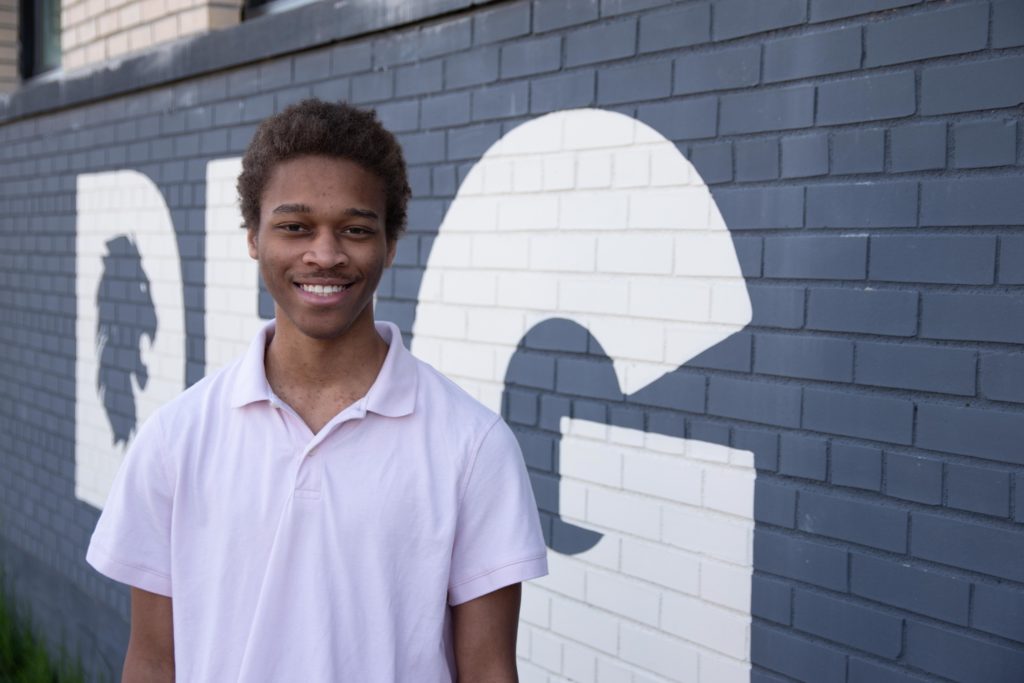 Paris is a creative, bright and shining DBG senior graduating from Cass Technical High School. He has attended the Downtown Boxing Gym since the summer after eighth grade.

“DBG provided me with a lot of things, but the two main things I was able to achieve were staying fit and staying on top of my schoolwork,” he says.

At first, training at the gym was one of the biggest hills that Paris had to climb.

Paris says boxing taught him to keep pushing, especially when he needed it most.

“Training here for boxing and taking it seriously is one of the most difficult things I have ever done. I always love the challenge,” he explains. “[Boxing] helped me become a lot more patient, in general.”

In addition to physical fitness, DBG gave Paris a family atmosphere and adult and peer role models who pushed him to grow in various ways, from his time in the STEAM Lab (science, technology, engineering, art and math) to his work with Miss Kristin and his fellow seniors. At the age of 14, he was featured in this video below when members of the Adidas graphic design team spotted his artistic talent.

“[While at DBG], I got closer with a lot of the other students and the coaches. I also bonded with them through chess and some of my other hobbies,” Paris says.

DBG provided an environment for Paris to thrive in school, art and music.

“[Music] fills me with a certain joy that’s hard to describe,” he says, adding that he first discovered drawing at just 4-years-old.

“When I would go to the Coney Island, they had these coloring sheets,” he said. “I started drawing more at home. In elementary school, I created my own comic strip with a friend. Some of my favorite memories from drawing are just spending time with other people and being able to share my art.”

In the STEAM lab at the DBG, Paris and several of his fellow students helped an artist install a mural, working as a team to create and choose the design. Click here to watch. In 2019, he got his first job, a summer internship through a partnership between DBG and Target. [Click the video player below to watch.]

“I’m gaining a lot of experience and I’m meeting a lot of different types of people,” he said during his internship. “I’m learning to communicate better with people in general.”

Paris says the Downtown Boxing Gym has influenced what he wants to do in the future. He participated in computer coding class at DBG that sparked his interest in computer science. In college, he plans to pursue web-development and continue to explore his passion for Japanese, a language he started learning in high school.

“I don’t know where I would be today without DBG,” he said. ” I want to tell all of the staff – past and present – thank you.”

Congratulations Paris, and all of our amazing DBG seniors. We are so proud.